CD and Highlight of the last week at National German RADIO BR Bayern2: 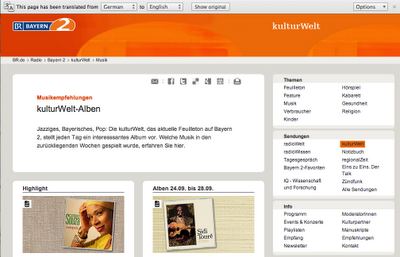 Considered a 4STARS CD and one of the best releases
for the week at RADIO BREMEN: 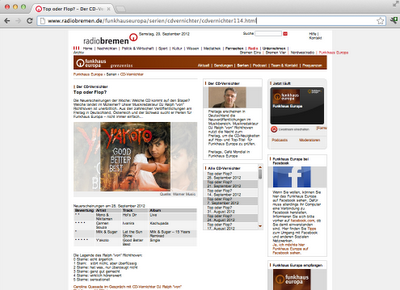 Posted by worldwide at 05:24 No comments: 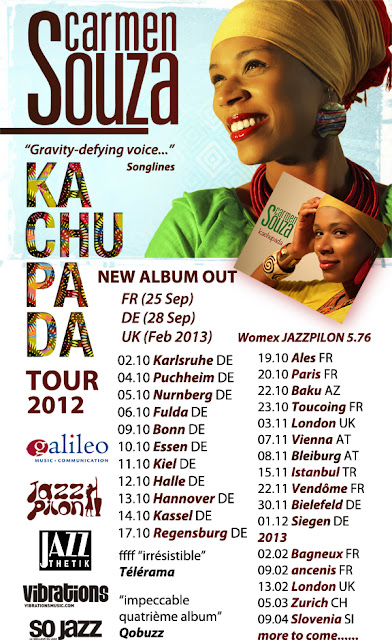 Posted by worldwide at 11:02 No comments:

Posted by worldwide at 02:15 No comments:

Carmen Souza invites you all to her new KACHUPADA!!!

The fact that Carmen Souza and Theo Pas´cal complement each other musically in an ingenious way has already been shown in their successful cooperation over the last few years. The latest studio-album called Kachupada, that was recorded in London and Lisbon to be released in October 2012, continues this tradition. The title of the album was inspired by the favorite Cape Verdean dish Kachupada that, with its wide variety of ingredients and spices, reflects the multiplicity of influences in Carmen Souza´s music.
Carmen Souza tells stories taken from real life, she indulges in melancholy, radiates vitality and on the wings of her African heritage she resorts to her rich musical treasure trove. With her extravagant voice Carmen Souza intermingles jazz-lines with Cape Verdean sounds, scatting tunes, caressing the melodies. Thus her interpretation of the jazz-standards „My Favourite Things“ (Richard Rogers / Oscar Hammerstein II) or „Donna Lee“ (Charlie Parker / Miles Davis) sounds exotic, fascinating and at the same time very familiar. Again, Theo Pas´cal shows an incredible instinct for arranging not only these melodies for Carmen Souza in a perfect manner.
Dazzling, thrilling, extraordinary: Carmen Souza reveals the wide range of her muscial ability as singer-/songwriter as well as excellent pianist and guitarist. Theo Pas´cal, who is responsible for the coherent arrangements, again accompanies in an ingenious way on bass.
After the release of three successful studio-albums and countless concerts given all over the world, Carmen Souza has become a reference of Cape Verdean music. Like no other artist she embodies an eclectic type of music, inspiring a new generation of Cape Verdean musicians by the independence of jazz.
Posted by worldwide at 06:53 No comments: 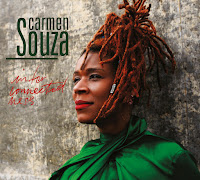 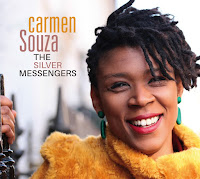 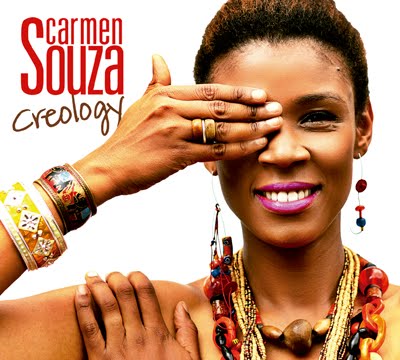 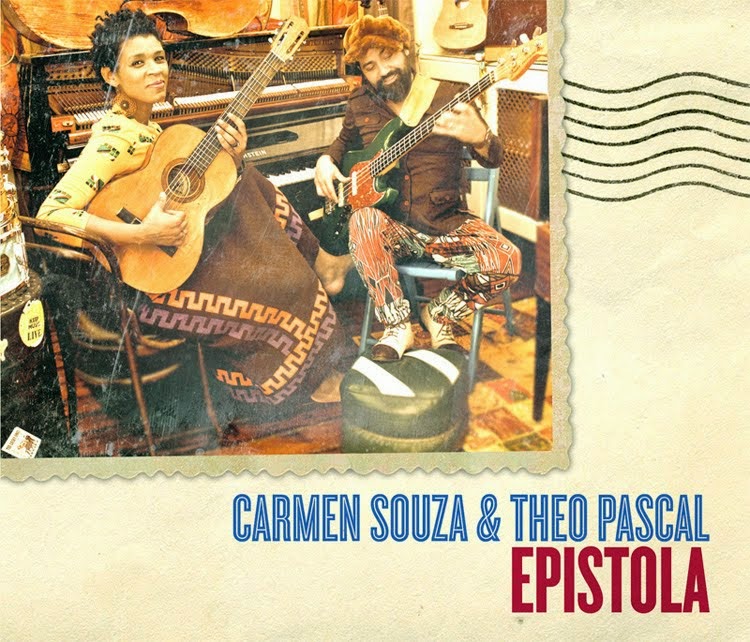 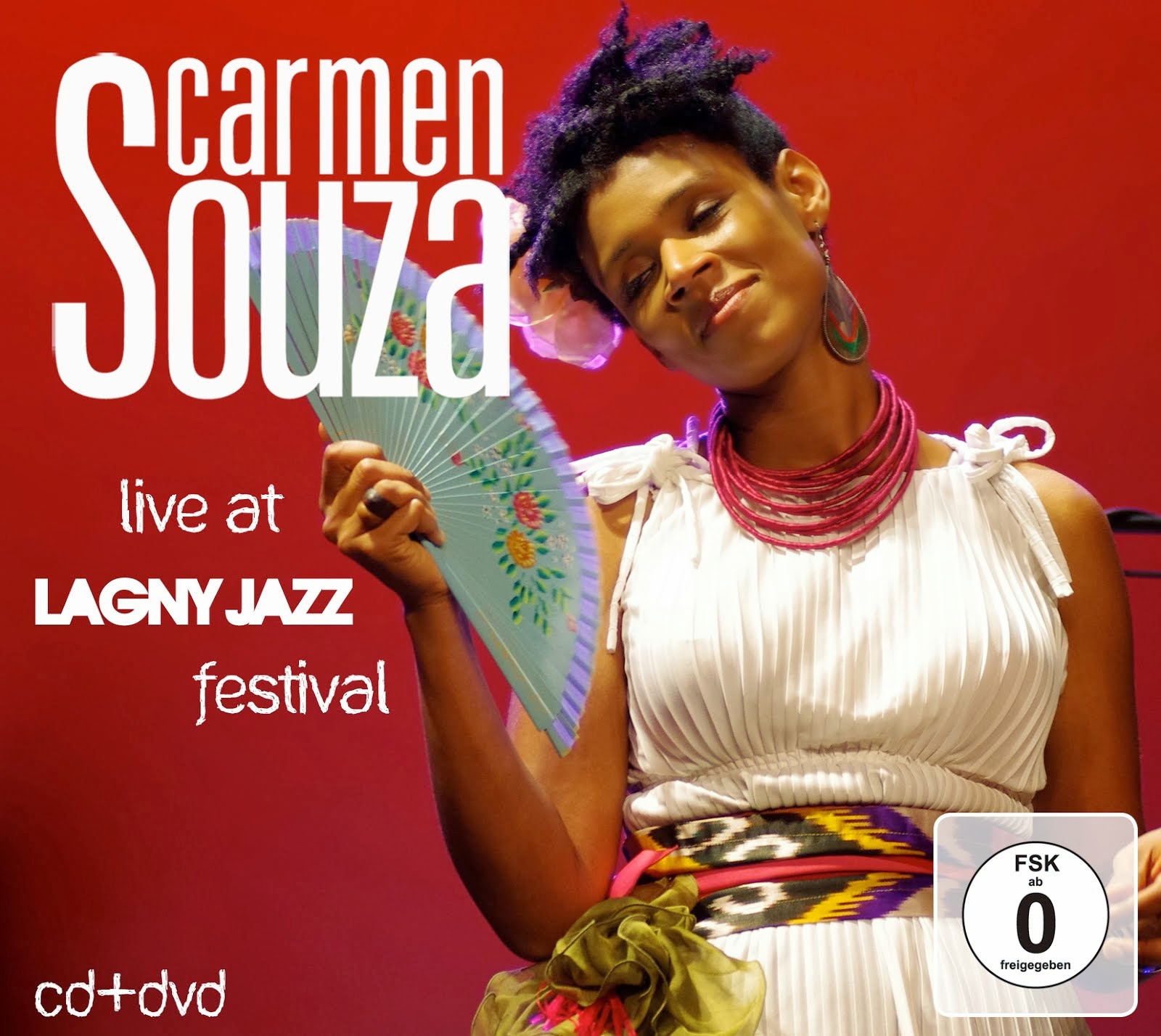 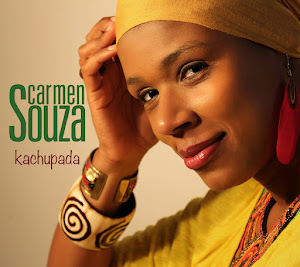 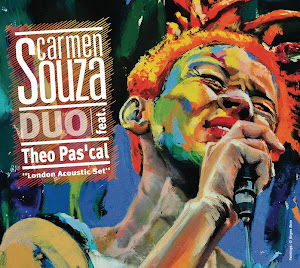 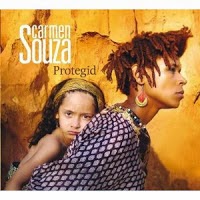 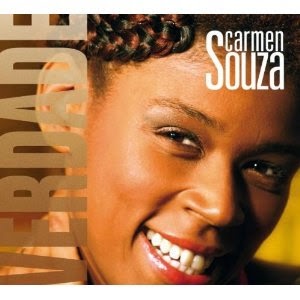 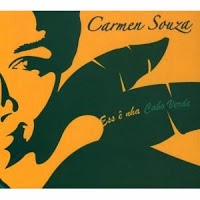